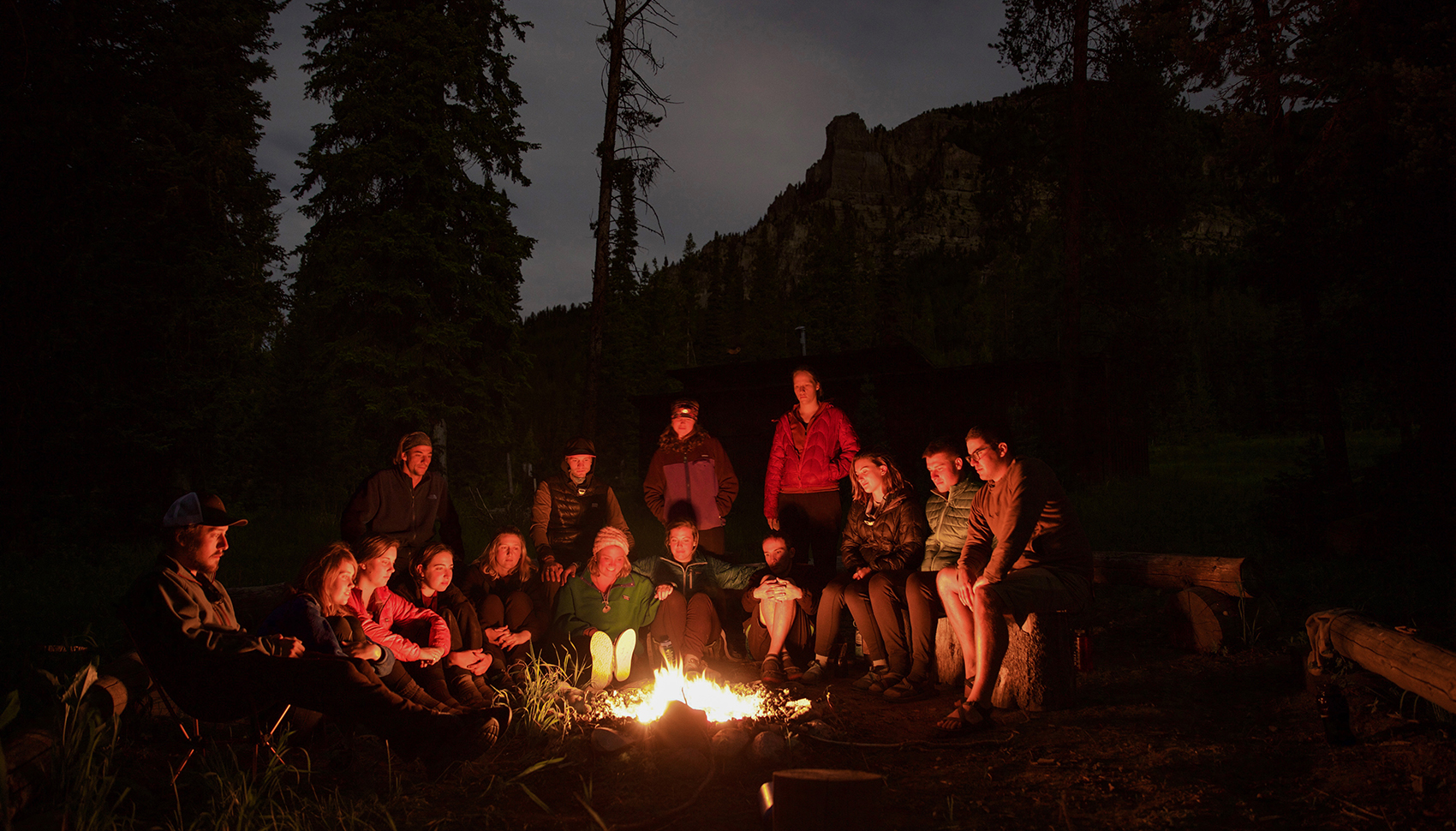 As featured in the November issue of  ACA magazine by Wilderness Adventures director, Tom Holland:

When I entered his home, I thought this would be a routine stop on my camp fundraising tour. As a camp alum, a former staff member, a camp parent and grandparent, I also knew that my request would be met with generous support.

He welcomed me at the door with a big camp hug that is commonplace in our line of work — a hug that emotes a sense of shared history. His excitement was palpable, and he immediately dove into his camp stories as he led me to his office. He shared how he took the train from New York to Wyoming with boys from around the country. He shared that there was limited staff coverage on the trains so the boys got into shenanigans all through the night. He went on and on about camp as we sat down in his office.

While he spoke, I took in the surroundings: Mementos of life and pictures of family were placed about, but dominating the room were memories from camp. His old flag from his first year, a painting of the meadow and flag pole that is the center of camp, an old picture of his cabin of campers, and patches framed on the wall signifying his progression through the program were all on display. I felt a sense of relief as I realized that he was a true believer in our program and his support would be forthcoming.

But then he paused in his story, sighed, and looked out the window.

Quietly under his breath in a rhetorical manner and with a touch of sadness, he said: “It never is as good as it was then, is it?”

In that question I realized that for this man his camp experience was not a great experience that defined his youth, but rather it was his pinnacle experience that no other experience in life lived up to. It was the peak — and it came so early in his life.

His question made this no ordinary fundraising meeting for me. It has shaped me and my philosophy on the outcomes of the camp experience. As I went on to work with other camp alums as a camp director and at the American Camp Association, I found that this man and his belief were not unique.

This belief — that camp is the pinnacle experience of life — is all too common in our alums. We see it when they return as staff hoping to go back to the place where they felt the best in their lives. We see it among our alum parents who build camp up to be something greater than it could ever be for their child, only leading to the child’s eventual disappointment. And we see it in that camp grandparent and alum, who, surrounded by camp memories will sigh because everything else in life came up short compared to that moment. While not every alum has this feeling, it happens enough that I think we, as camp professionals, should be concerned.

For me, I remember my camp emphasizing the experience as a foundation, or even a launch pad. During my camp experience we climbed peaks and conquered trails. We canoed many miles and survived major (or what seemed like major) portages. All the while, I was having the time of my life. But, in the end, the leaders and the counselors that guided me on that path were always present to remind me, “This is amazing, and you were a part of creating that amazing feeling. Now go out into the world and make amazing again! You did it here — you can do it anywhere!’

In reflection, I am so appreciative of this approach that my camp instilled in my young mind. They challenged me to dream big and to search for the next pinnacle. They challenged the notion of “glory days” because they embraced the idea that each and every day of life should be a glory day. And while I sometimes find myself longing for the simpler moments of childhood, when the stresses were much different than those of a camp director/father/husband, my experience as a camper encourages me to continue to make new magic in each and every day.

As a collection of camps, I believe we would all benefit from looking at our programs to see which element we make ourselves out to be. Is your camp the pinnacle or the launch pad? We all run camp to make the world a better place. But if the world never lives up to the experience that was, or if we produce alums who sigh at what life ended up being after camp, we have not taken that critical step of making the world better. We should be producing alums who look forward to the next great adventure rather than looking back longingly.

When we all do this, we will be taking an important step as an industry to advance our efforts toward creating a better world for years to come. Here’s to being the launch pad!